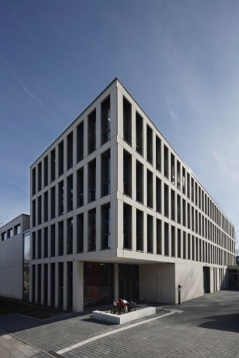 IWW is involved in or coordinates several national and international research projects related to FRM such as BMBF-EarlyDike, DAAD-ABM, BMBF-HoRisk, BMBF-ZukunftHallig, EU-Amice, and BMBF-Reise. Successful Collaboration with Asian countries such as Pakistan (BMBF-InoCottonGROW project, UNESCO Mohenjo-daro-project) and Afghanistan (UNESCO JAM project), has given IWW the opportunity to become familiar with the water issues, climate conditions, and general frameworks in the Middle East and in arid and semi-arid countries. IWW has a special focus on FRM for river basins, public engagement, land-use change, the security of flood protection structures, and mobile flood defence walls. The software ProMaIDes has been developed at IWW and used within several BMBF projects and other projects. Besides, IWW has developed an operational early warning system in the project BMBF-EarlyDike that aims at an intelligent risk- and sensor-based early warning-system for coastal and estuarine dikes. Furthermore, focusing on the human-flood interaction, the ABMFaFo project is an attempt to investigate adaptation policies and human responses before, during and after floods by the innovative Agent Based Modeling.